This Week In Servo 23

This week, we merged 42 pull requests

Work on Windows support has started, in part. We’re tracking progress here, let us know in IRC if you want to help out!

This is Servo running on the Flame (Firefox OS): 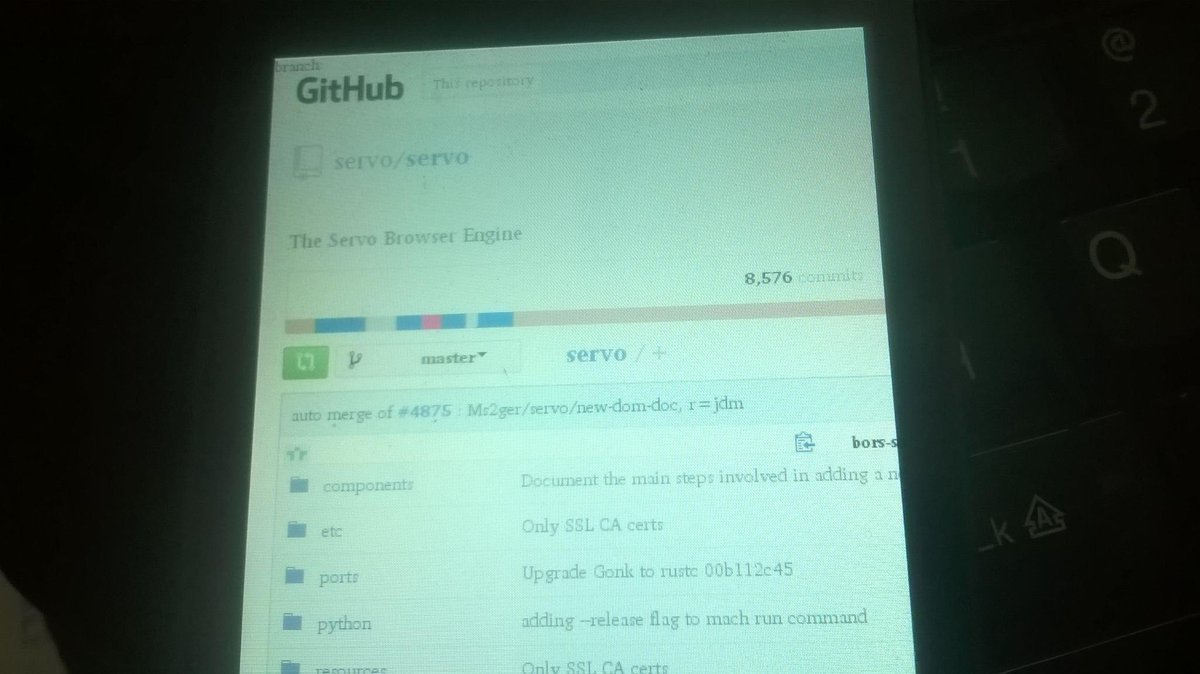 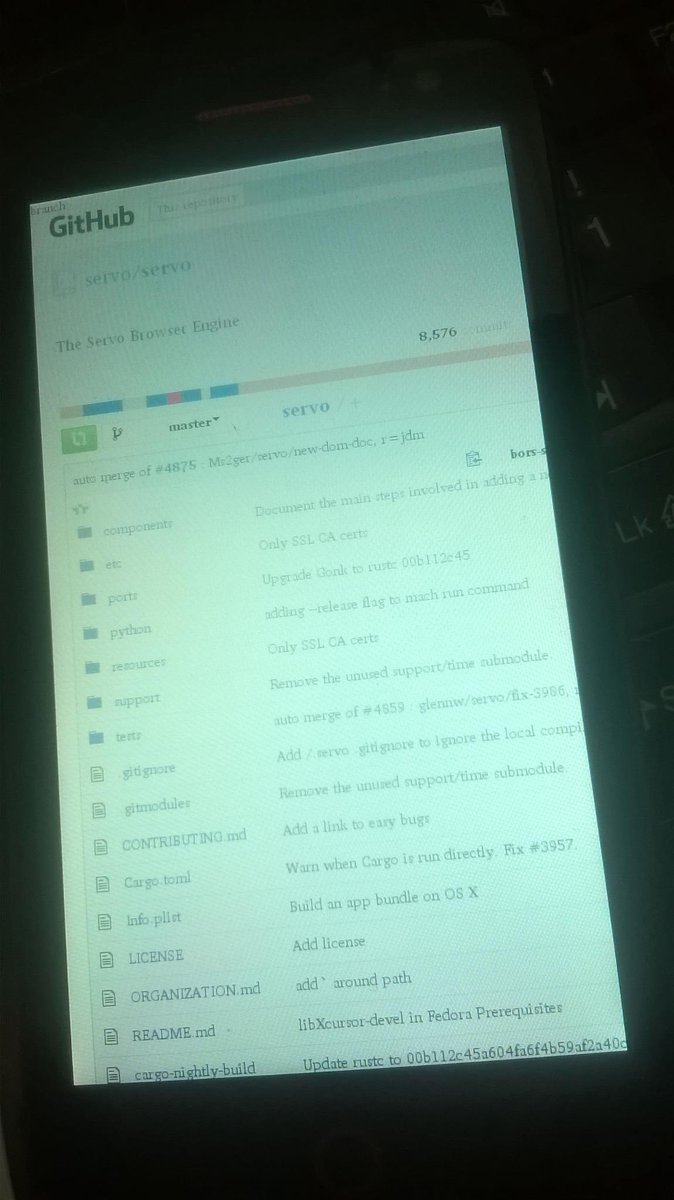 This is running directly on top of Gonk (which is why I can’t take an actual screenshot).

If you have a Flame (or other Firefox OS device) and want to try this out, steps for the build can be found here. Note that the B2G clone and build will take a sizeable amount of space on your machine (~17GB). We’re considering distributing a small prebuilt package with all the headers and libraries, however there might be licensing issues.

If you want to try it out without a build, ask Manishearth in IRC for the binaries (needs a rooted phone. Flames on v188 nightly are rooted by default).