These Weeks In Servo 115

In the past three weeks, we merged 181 PRs in the Servo organization’s repositories.

Our Windows nightlies have been broken for several months for a number of reasons, and we have now fixed all of the known breakage. If you’re a Windows user, give our latest builds a try! You can visit arbitrary URLs by pressing Ctr+L.

The Android Components project added a component to use Servo in any Android app.

We have a branch that allows Servo to build and run on Magic Leap devices: 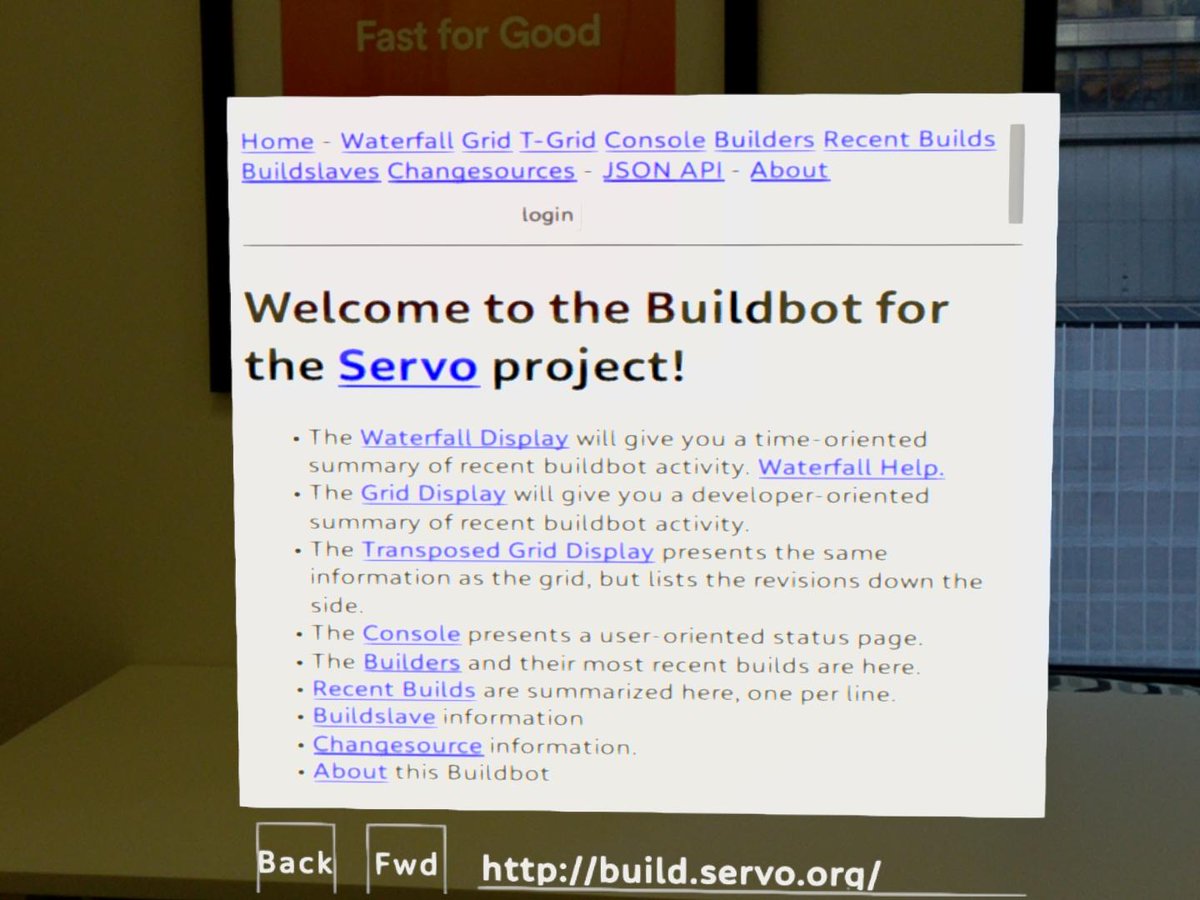 Our roadmap is available online, including the overall plans for 2018.